The Austrian conductor Michael Lessky comes from a highly musical Viennese family with roots in Upper Austria. His conductor’s training he gained in the first instance with Karl Österreicher at the Vienna Music Academy, acquiring additional important impulses by frequently assisting Claudio Abbado at the Vienna State Opera as well as with the Gustav Mahler Youth Orchestra. In addition, he studied law, piano, organ, church music and the theory of jazz in Vienna.

In 1995 together with Ildiko Raimondi, Hans-Peter Blochwitz and Bernd Weikl as soloists and the Austro-Hungarian Haydn Philharmonic Orchestra, he made his successful debut in the Vienna Musikverein conducting Haydn’s Creation. This was the starting point for many successful concerts with masterpieces such as Verdi’s „Requiem“, Mozart’s “C-minor Mass“, Bruckner’s „Te Deum“, Brahms’ „Requiem” and numerous works of French and Italian repertoire.

Lessky also conducted in the seasons 1999 and 2000 successful productions of the „Magic Flute“ and „Nabucco“ with which the St. Margarethen Opera Festival was able to establish itself as the second largest open air opera festival in Europe.

In 1997 Lessky founded the Austrian national youth orchestra „Vienna Youth Philharmonic Orchestra“, which under his direction became the Austrian “elite orchestra of the next generation”, according to Austrian radio ORF and the daily paper “News”.

In 2001 he was invited to Histria Festival in Pula with Verdi’s Requiem and in 2002 he conducted Mahler‘s 2nd Symphonie at Vienna’s St. Stephan cathedral. In 2003 and 2004 he and his orchestra were official „cultural ambassadors“ of Austria in China. By the Mozart-Year 2006 he was elected to conduct a new „Cosi fan tutte“ production in Vienna and José Carreras choose him for his new program „Belle Epoque“ with CD-production and Gala-concert at Wiener Konzerthaus. In 2007 followed at Wiener Musikverein the „10 year jubilee concert“ of Junge Philharmonie Wien with stars as Agnes Baltsa and Ildiko Raimondi. In 2009, he was engaged for the jubilee-concert of Vienna’s Schubert-society with „The Great“-symphony at Wiener Konzerthaus.

An important aspect of his work is the intense collaboration with internationally renowned vocal soloists, such as Agnes Baltsa, Ildiko Raimondi, José Carreras, Janina Baechle, Saimir Pirgu and Robert Holl. Members of Vienna Philharmonic Orchestra often choose him and his orchestra for the big solo-concerts.

CD releases are the Mahler Symphonies Nos. 2, 4, 5 and orchestral songs of Strauss, Schubert, Mahler, Zemlinsky, Webern with Vienna state opera’s sopano Ildiko Raimondi and of particular value the live recording made, too, with Vienna State Opera’s soloists at Vienna’s Redoutensaal for Sony BMG.

Due to his great love of literature and theatre Michael Lessky often combines music and text in his programs, be it by including actors or in half-scenic adaptations. In this context, Schubert’s “Rosamunde” and “Lazerus” or Mendelssohn’s “A Midsummer Night’s Dream” should be mentioned. An important concern is his contact to contemporary music: many commissioned compositions, e.g. to German Toro-Perez, Johanna Doderer or Thomas Pernes are the results of his initiative.

The works of Mahler and Bruckner are another emphasis. His interpretations of the Mahler Symphonies No. 2 and No. 4 and Bruckner’s Nr 4 and Nr.9 aroused particular notice with the public and press.

In 2017 he was awarded the Austrian Cross of Honour for Science and Art.
2018 and 2019 has seen Michael Lessky as Guest Conductor of the Malta Philharmonic Orchestra and the Orchestra Sinfónica del Sodre Montevideo.

In 2019 he conducted Mozart’s Requiem and an Opera-Gala concert at European Music Open in Romania, the world-premiere of Schubert’s Zauberharfen-Suite (Brian Newbould) and Bruckner’s 7th symphony and Wagner at Südtirol Festspiele (Italy).

2020 follows his debut with Jerusalem Symphony Orchestra in Israel. 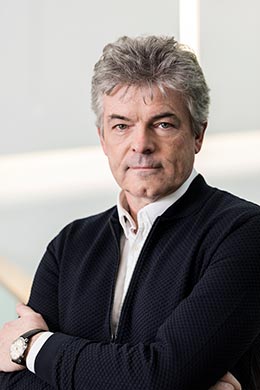